The first transnational meeting (TM1) of the CUTE project was a great success that promises well for a successful project in the years to come. The meeting was officially opened by the Prorector of UCPH, Professor Bente Stallknecht.

The first transnational meeting (TM1) of the CUTE project was officially opened by the Prorector of UCPH, Professor Bente Stallknecht. She stressed the importance of the CUTE Project in a digital world, where universities need to support digital competencies for students, which in turn demands good support for teachers to develop their digital competencies: “The CUTE Project’s ambition to create change at a more institutional level is much needed, in a time of digital transformation at universities”. She also stated: “I see great synergy between the CUTE project and the UCPH Strategy 2023 for the University of Copenhagen, which includes multiple projects focused on digital competencies for teacher and students.”

Head of Teaching Centre Humanities, Professor Anne Holmen welcomed everyone and emphasized how important these Erasmus Plus collaborations are in forming new networks between universities across Europe. On behalf of the Faculty of Humanities she also wished the project and participants a stimulating and fruitful collaboration in the coming next three years. 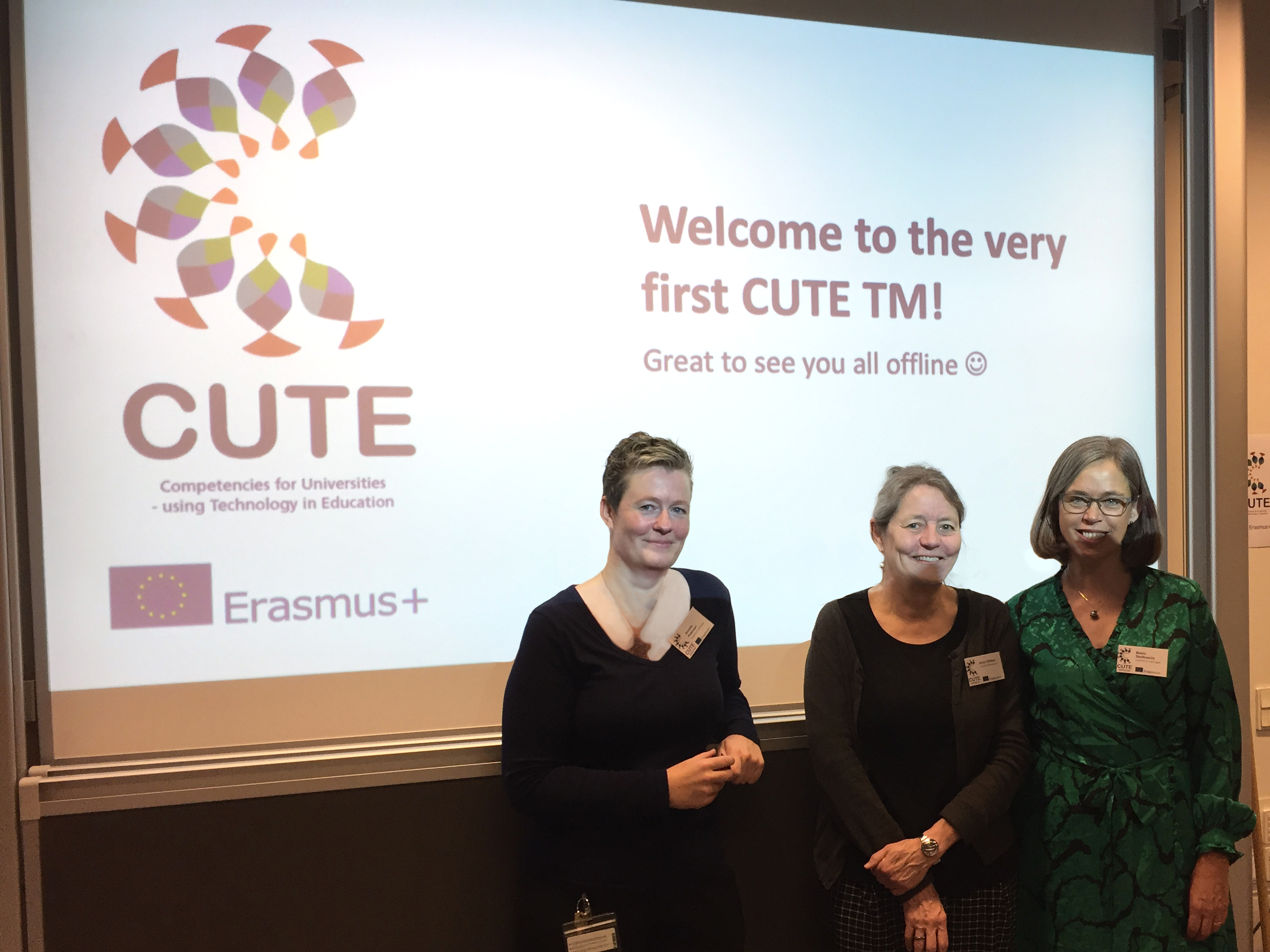 During the meeting all partners participated in developing a common understanding of the project and the five intellectual outputs as well as the collaboration ahead. Meeting results included: the appointment of an executive committee for CUTE, a SWOT analysis, a communication plan and social media presence - follow us here: links!

Many partners were meeting offline for the first time and had a great time working together, getting to know each other better, trying out christmas candy from multiple countries and enjoying the view from the tower of Christiansborg Castle before dinner.

The time together was also spent working on the CUTE project’s first outcome (IO1): “A Mapping of Local Approaches to DigCompEdu”. The work on this had already started at an online kick-off meeting hosted by Karolina Grodecka and Agnieszka Chrząszcz from AGH University of Science and Technology (Poland), the leader of IO1. Also dates were agreed for the future meetings online and in person.

In conclusion, the first transnational meeting was a great success that promises well for a successful project in the years to come.